In the 44th episode of My Golden Life Kdrama, Choi Do-Kyung and Seo Ji-An begins to date, but No Myung-Hee catches them and tries to convince him to go back home. Choi Do-Kyung threatens to see his shares if his mother continues doing it. No Myung-Hee has no way but lets them get married. 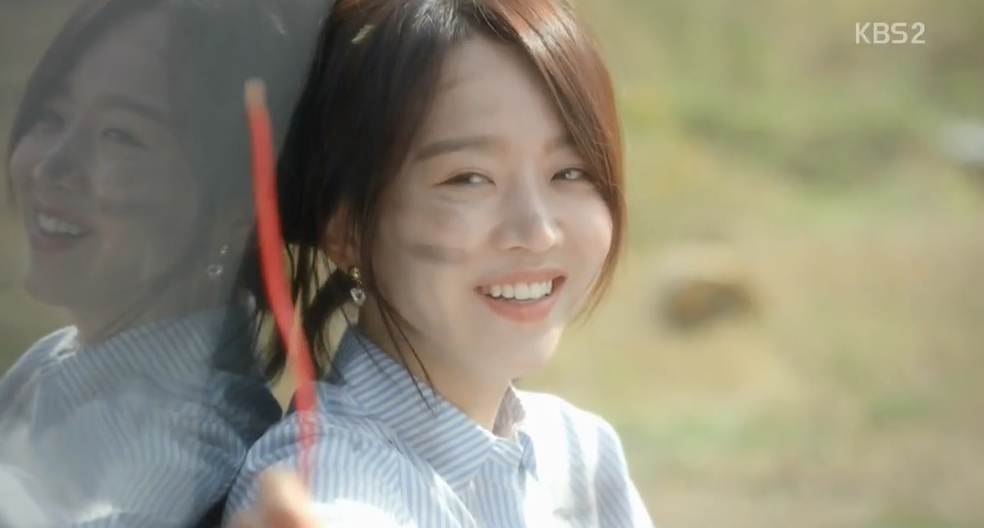 Do-Kyung tells Ji-An that he is on the way to buy a machine while he is driving. Ji-Soo tells Ji-An that she should date her older brother since their parents don’t want them to get married. Ji An tells her they are in a relationship but it’s only 7 days.

Do-Kyung punches Yang-Ho’s henchman after he keeps on chasing him. Woo-Hee sees Ji-Soo still staying in Nam-Goo’s shop. Ji Soo tells her that her parent’s case is fixed and she can stay with Woo Hyuk now. Woo Hee still doubts, just then Ji Soo gets a call from her mother who asks her to go out and have a meet.

Myung Hee persuades his daughter to go home and promises that she won’t send her abroad, but Ji Soo tells her mother that she doesn’t want to be Choi Eun Seok and thinks the only good thing her mother did is gave her birth. Do Kyung asks Ji An what she wants to eat after watching the film? She takes him to the restaurant eating chicken toe. She uses chopsticks and pretends to be feminine after knowing he doesn’t like to eat chicken toe. He grasps the chicken toe with his hand and lets her eat it like that after seeing the other couples do.

Woo Hyuk wants to see Jae Sung and reveals he helped Ji Soo flee and wants to apologize for it, Ji Soo thinks her father is a nice person and likes to see him. Byeong Ki praises Hyung Soo and Jin Hee’s hard work but blames Myung Hee in the meeting, he reveals Jae Sung is on vacation when someone else asks about him.

Myung Hee gets angry when Jin Hee is waiting for her in her office, she thinks she always attacks people with a smile while Jin Hee asks about Do Kyung, and makes her lose Eun Seok, promising to not let her get the corporation. Ji Soo calls Ji An and asks to visit her father with Hyunk, but Ji An tells her their father isn’t at home currently.

Do Kyung doesn’t want to disturb Ji An while she is working, she is scared when seeing he is waiting for her and thinks she messed his evening, but he doesn’t think so and reveals he wants to see her works. She is upset when knowing he and So Ra are close friends since childhood and asks where she eats with him.

Myung Hee asks Jae Sung where he went after meeting and thinks they should take Do Kyung back home, but her husband thinks it’s her business and his job is over. Do Kyung and Ji An have a competition on skating and make an appointment that the loss will grant the winner’s wish, Ji An wins in Do Kyung’s help in the end.

Myung Hee walks towards Do Kyung’s car while he is sleeping with Ji An, Myung Hee asks her why she broke her promise. Ji An tells her that she wants to date Do Kyung just for a week. Myung Hee asks her son why his son has to do that and thinks grandpa won’t accept it. Do Kyung reveals he visited Yang Ho and told him he would begin his business.

Ji Tae takes Soo A home and cooks soup for her, thinking she needs it after miscarrying, she tells him that she doesn’t miscarry and just wants to know she and her baby, which one is important to him. Ji An takes Ji Soo to see their father and tells her she should smile while seeing him and forget the bad moments which happened before.

Tae Soo takes his daughters to have dinner in the Chinese restaurant after they saw him with bread. Myung Hee makes the decision after knowing his son is going to sell his shares and his father wants to give the corporation to Jin Hee.