Nam Hong-Joo (Bae Suzy)’s life is saved in Jung Jae-Chan (Lee Jong-Suk)’s help. He gives her a big impression. He is a hero in her mind. He doesn’t know why he believe his dream which is ridiculous. She chuckles with smiling. Because they are of one kind, their dreams will become reality. Hence she believes each word he says.

While You Were Sleeping: Episode 3 Recap 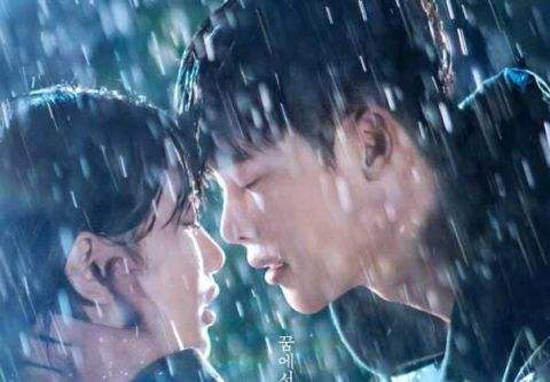 They talk about their dream excitedly. Nam Hong-Joo’s dream never misses. She even dreams things which will happen several month later. Those terrible nightmares become reality at the end. She doesn’t expect the fate to be changed. The predestined thing is stopped. How does it go?

Meanwhile, South Korean famous pianist Park So-yoon (Kim So-hyun)’s mother is dead on the floor while she is interviewed. They notices there are wounds on her body after sending her to the hospital. The police thinks Park So-yoon’s father does domestic violence to his wife. Jung Seung-Won (Shin Jae-Ha) knows Park So-yoon, he wants to help her.

The new day comes, Nam Hong-Joo talks about Jung Jae-Chan with her mother. He is the daughter and mother’s benefactor. She always smiles when she sees him. She even brings him the critical umbrella. However, he always escapes her. This strange woman is everywhere. It’s a trouble to him.

It’s raining, Nam Hong-Joo reminds a solider entered her father’s bus with a gun. She heard from broadcasting that a deserter killed a police. There is no doubt that the solider in her father’s bus is a murderer.