In the 4th episode of Start-Up, Won-Deok wakes Dal-Mi up and tells her to go to sleep. Dal-Mi tells Won-Deok the idea of her restaurant. Won-Deok remembers Chung-Myung said a similar idea but he failed. She tells Dal-Mi that running a business isn’t easy.

It flashes back. Chung-Myung tells Won-Deok about his business idea. Dal-Mi thinks the idea is really cool. But her dad fails. She doesn’t know what to do. Chung-Myung hugs her to comfort her when she tears up.

Dal-Mi tells Won-Deok that she has a method to deal with a hard time. But she refuses to tell her what it is. Won-Deok feels pain.

Sang-Su joins the meeting. He tells the employees that he doesn’t like the employees who are late. But he receives some letters of resignation. In-Jae meets with her colleagues. She reminds them that she doesn’t have money to pay them if they want to follow her. The colleague comforts her that it’s not a bad start.

A-Hyun scolds In-Jae for doing so. She thinks she should thank her for giving her a rich father. But In-Jae points out that she cannot take any credit even if she gets a rich father. A-Hyun yells at In-Jae that running a business isn’t easy. She thinks she’s making her worry about her. In-Jae mocks A-Hyun and mentions she cheered Dal-Mi up when she wanted to do the same thing. A-Hyun tries to explain it. But In-Jae is furious to leave.

Dal-Mi shows up in the bookstore. She tries to take the book. But Sa-Ha takes the book at the same time. She claims that she took the book first. Dal-Mi wonders why Sa-Ha wants to get into SandBox because she knows that she’s a lawyer. Sa-Ha tells Dal-Mi that she’s actually a designer. She asks her about the reason for joining the place.

Sa-Ha tells Dal-Mi that she will give some cash to her if she gives up the book. Dal-Mi agrees to it and takes another book from another place. Sa-Ha is shocked because she realized that she was fooled.

Do-San spots the book in Sa-Ha. He gets Chul-San to ask her about it. She tells them that the book is the last one, and persuades them to give some cash to her. Chul-San feels happy because Sa-Ha called him darling. Dal-Mi spots Do-San. The two have eye contact. They conceal to dress up on their own.

Dal-Mi asks Do-San how he’s going to take his birthday. He says that he forgot it. She gets on the bus and sees him off. But he runs to get on the bus and sits next to her. He tells her that he will go to work after he takes her home. She tells him that she isn’t a child. But she smiles when she stares at the window.

Dal-Mi puts her hand on Do-San’s. She thinks his hand is smaller than she thinks. She holds his hand. Do-San returns home and asks Yong-San to take a look at his hand. But Yong-San takes Do-San to see their client. Do-San allows the client to take a photo of their technology. But Ji-Pyeong stops Do-San. The client flees after Ji-Pyeong disclosed his identity.

Ji-Pyeong thinks Do-San is the fool to let the guy steal his technology. Chul-San blames Ji-Pyeong because he’s the only one who’s bad to them. Ji-Pyeong points out that he does so because he wants to invest in them. Chul-San realizes that they became Ji-Pyeong’s followers.

Dal-Mi breaks into the room and asks Won-Deok for a blanket. Won-Deok gives the blanket to Dal-Mi. She asks her what she will do with Do-San. She shows the letter to her.

Ji-Pyeong gives his expensive watch to Do-San, and asks him to protect it well. Do-San wonders why Ji-Pyeong wants to do it to Dal-Mi. Ji-Pyeong tells Do-San that he wants to repay the debts he owed. But it cannot be paid with money.

Dal-Mi walks out of the house. She gives the gift to Do-San. Ji-Pyeong learns that the gift was given to him. Dal-Mi tells Do-San that his wish was to play Go-Stop. She asks him where they should do the game. He tells her that they will go to his office.

Do-San arrives at the office with Dal-Mi. He asks Ji-Pyeong if he remembers his wish. Ji-Pyeong says that he forgets it. 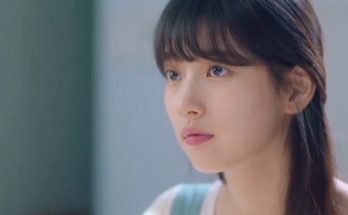