This is 2th episode of Radio Romance Kdrama, Song Geu-Rim (Kim So-Hyun) tries her best to recruit Ji Soo-Ho (Yoon Doo-Joon) to become the main writer of the radio show, but Ji Soo-Ho’s mother Nam Joo-Ha (Oh Hyun-Kyung) thinks she is such cheap girl who gets the chance through her body. 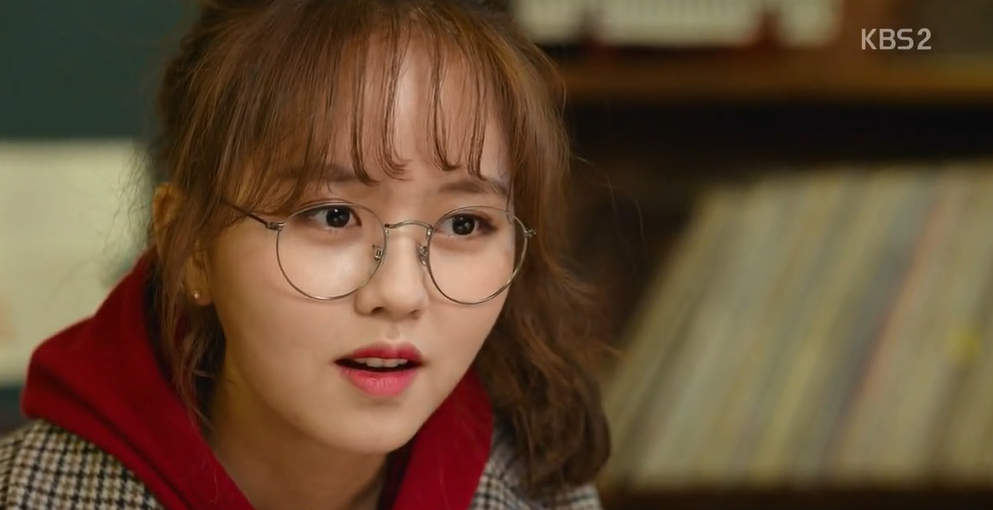 Ji Soo-Ho persuades Song Geu-Rim to not follow him as he won’t join her radio show and hold her on his shoulder to throw her into his car. She asks him that why he treats her such and finds out he knows her location. Kim Joon-Woo asks Ji Soo-Ho that why he missed the shoot and guesses that he drove Song Geu-Rim home. Ji Soo-Ho lets him go home, just then Jason appears with his luggage and wants to live with Ji Soo-Ho.

Kim Joon-Woo reports to Nam Joo-Ha that Ji Soo-Ho missed the shoot and drove Song Geu-Rim home, but he isn’t sure about it when Nam Joo-Ha asks him that whether or not his son will join the radio show. Just then Nam Joo-Ha gets a message from Jin Tae-Ri who threatens her that she is going to say something about her to the reporters.

Jin Tae-Ri runs into Jung Da-Seul in the hair salon and orders her to say hello since she is her senior. Lee Gang shows Song Geu-Rim her new desk and asks about Ji Soo-Ho, she reveals he is not the style fits their radio show, but Lee Gang thinks they need to recruit him since he is interested in their radio show.

Song Geu-Rim visits Moon Sung-Woo’s office and asks him how to recruit him just like he did on her and her mother. She realizes the point is sincere when looks at the postcard she sent to Moon Sung-Woo. Nam Joo-Ha asks Ji Soo-Ho to do the show she planned and gives him a scarf as birthday gift, but he rejects it and drop the scarf on the ground. Ji Soo-Ho recalls that his mother gave him the scarf also and told him that he isn’t her son and she won’t care what things he did.

Ji Soo-Ho looks for medicine but he didn’t get it after waking up, he asks Jason to give him the sleeping pill, but Jason rejects it. Song Geu-Rim asks to meet Nam Joo-Ha, but the assistant claims that she didn’t have a appointment, Ji Soo-Ho grabs her hand and draws out of the building, driving her home.

Song Geu-Rim tries to recruit him again and persuades him to check out the tablet which she made the presentation in it, but he yells at her that he won’t join the stupid radio show. She gets angry as he doesn’t respect her show and complains it to her friends about it. Her friends persuades her to beg Ms. La to be her assistant writer.

Jason prepared a table of dishes and asks Ji Soo-Ho to have a meal, but he rejects it and asks for sleeping pill. Nam Joo-Ha persuades Ji Yoon-Seok to control his son as he is going to mess their business. Oh Jin Soo thinks Ji Soo-Ho should accept Song Geu-Rim invitation since she works hard.

Jo Ae-Ran tells his daughter that she should try it three times before giving up. Song Geu-Rim gets a call from Oh Jin Soo that Ji Soo-Ho is going to appear their party, but he doesn’t appear after she joins the party with wines. Then she is drunk after drinking too much.

Song Geu-Rim finds out she lies in Ji Soo-Ho’s bed after having a good dream, but he doesn’t tell her what happened last night and has a shower. Then he tells his mother that he is going to join the radio show, Nam Joo-Ha thinks Song Geu-Rim slept with his son to get the opportunity as his son wears a bathrobe with the girl when she arrives.

Song Geu-Rim cares about the words his mother said before she left, he tells her that she can give up if she feels uncomfortable. She thinks it’s a threatening, but he lets her leave with smiling. He watches the presentation she made for him after she leaves.

Ms. La yells at Song Geu-Rim and tells her that recruiting Ji Soo-Ho is tougher than being main writer of radio show while they are outside, but Ji Soo-Ho appears and reveals that he will join it and takes her leaving.